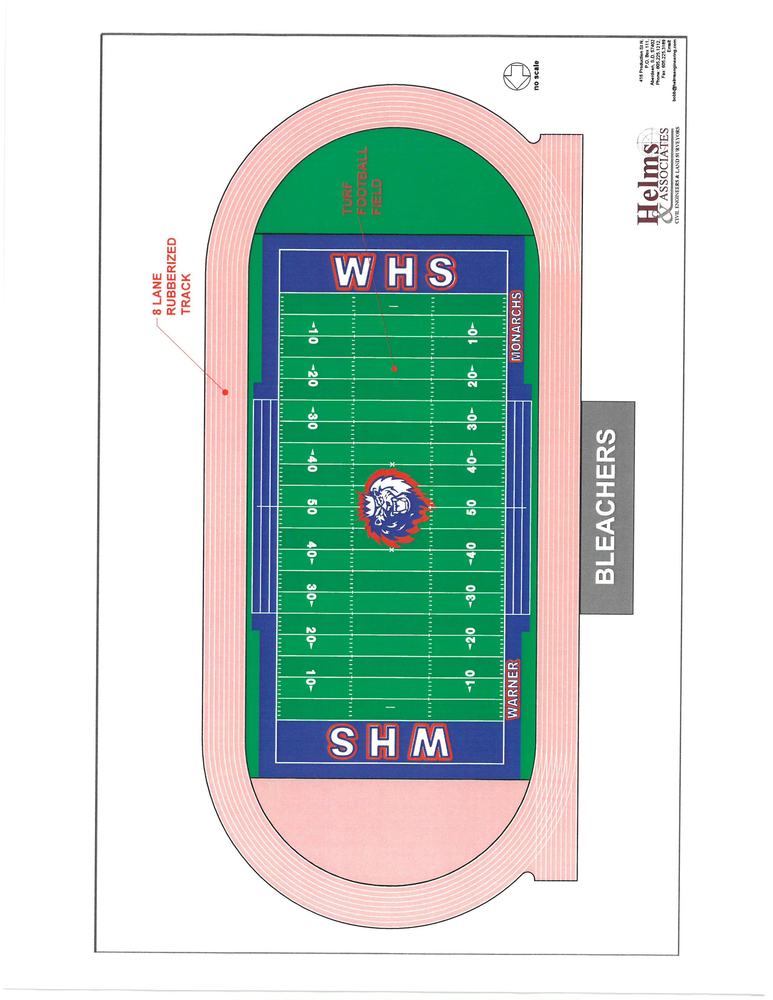 Warner School Community…over the past several years the Warner School Board, Administration and staff have committed a significant amount of time and resources towards improvements at the athletic complex. The project started with the Stadium and access from the south parking lot. At that same time, we upgraded half of our field lights to more efficient and brighter fixtures. As the phases progressed, we moved to overhauling the track and installing underground irrigation for the football field, baseball field and surrounding practice areas. As the project evolved, it was enlarged from 6 lanes with an integrated pole vault zone, to 8 lanes and a separate pole vault area (for safety and functionality). With the expansion to 8 lanes, the football field was impacted far more than originally planned.

The original impact to the football field was going to be installing automated, underground irrigation for greater efficiency and less manpower and adding electrical power to accommodate an automated timing system. The impact would be minimal and not impact the ability to play contests or practice.  With additional lanes added to the track, the football field became off center, creating a smaller sideline for the home team placing additional risk to player safety and damage to the newly installed rubber track surface. Recentering the football field led to additional work: we began the process to “recrown” the football field, relocating the goal posts, and replanting the new surface.

The possibility of installing an artificial turf football field was presented in the very beginning and the advantages it provided were discussed. However, the restraints on the budget prevented the school from pursuing those options and instead focused on a grass field with irrigation. As we got closer to completion of the track and movement towards work on the field, a curiosity emerged from some community members as to the cost of artificial turf compared to grass and if the school was open to a fund drive to support such a move. A discussion at the September School Board meeting led to the renewed possibility of artificial turf.

Keith Knuppe was willing to explore the potential community interest and financial support for installing artificial turf at the football field instead of the recrowning project. Everyone involved understands that installing artificial turf would be a ‘want’ and not a need, but if the support existed the time was right. Mr. Knuppe and a host of others are currently working towards accumulating the necessary funds to complete the project. The school is willing to contribute the dollars allocated for the initial football field plan to installation of artificial turf with the remaining costs being covered by community and corporate contributions.  For anyone willing or interested in contributing, please reach out to Mr. Keith Knuppe at kknuppe@ibanknorth.com or (605)228-7514. 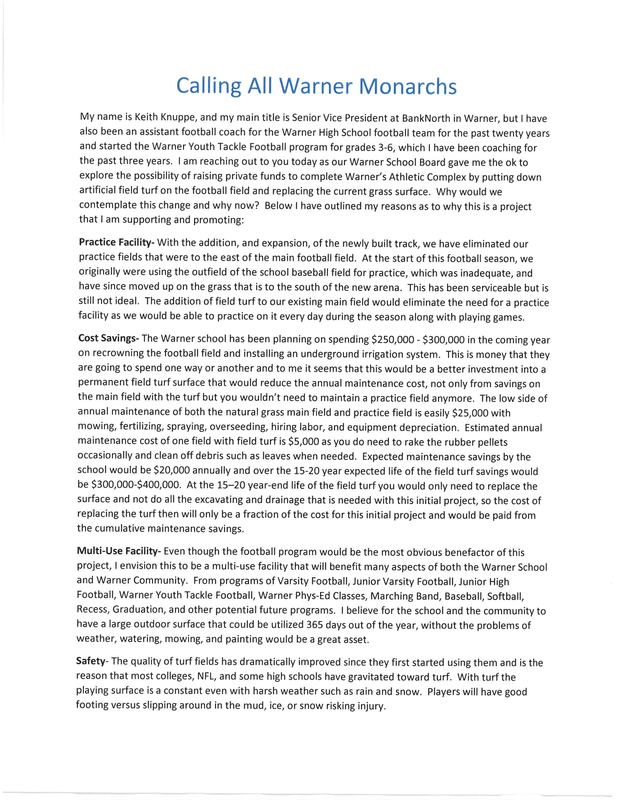 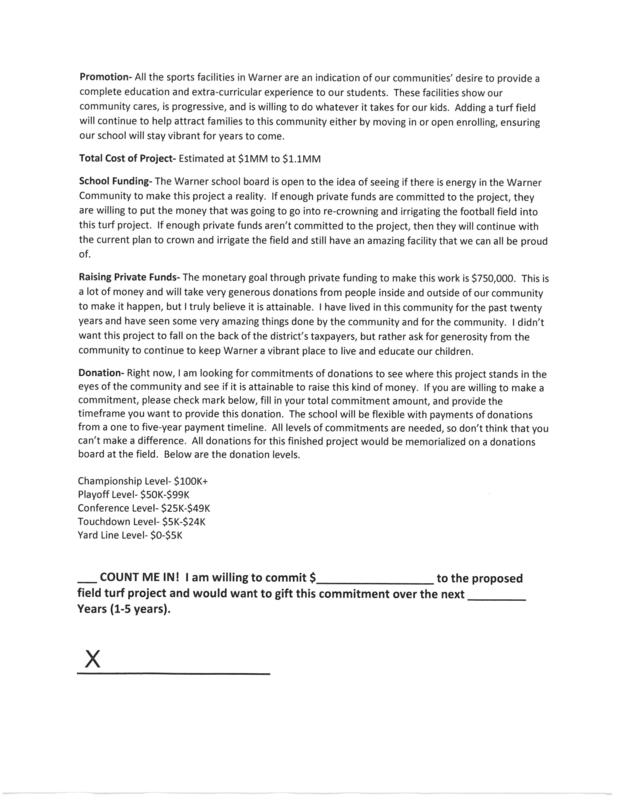